An important message of the Las Vegas Consumer Electronic Show (CES) of 2013 is that gaming is going mobile. With the absence of anything new in terms gaming consoles such as the Xbox and Play Station (although it is rumoured that the next generation of games consoles is being developed by both Sony and Microsoft) mobile gaming was in the forefront.

What is apparent is that the boundaries between mobile gaming such as playing games at a mobile luckynugget online casino and playing console type games while on the go are merging. Today’s smartphones are becoming as powerful as yesterdays game consoles, and there is no shortage of developers who are seeking to exploit all that power in for using immersive games. Who would have thought that the gaming platform of tomorrow is likely to be Android?

The approach is to take a smartphone or a tablet, add a few handles and controllers, and there you have it; a powerful games console with a quad core processor. Play mobile casino games or call of Duty, and switch seamlessly between the two.

While it was games consoles that at one time were the inspiration behind the development of new computer technologies, today smartphones are tablets are performing a similar role, with big semiconductor companies such as Intel, AMD, ARM and Nvidia doing battle to develop the fastest, most powerful and least power hungry chips. And it seems that they are getting there very quickly. Already we are seeing smartphones with quad core processors and eight core processors are on the drawing board.

What are really needed though are better batteries. Although there are mobile batteries in the lab which can be charged in just a minute, they are still some way from being commercialized  Long battery lives of several days or even weeks would be a great advance for mobile gaming.

Every home has one, and for most of us, it’s a great source of information and entertainment. Where would we be without a TV? We all have our favourite shows, but what if you could play games based on them? Thanks to sites like Ladbrokes, have plenty of games with a theme based on a popular TV show and you can play them online at their website. The games include, Deal or No Deal, Who Wants to be a Millionaire and X Factor.

Whether you’re a fan of quiz shows, soap operas, dramas, sitcoms or even the news, there’s something you’re bound to enjoy, but what are the best around? We’ve managed to find five of the best TV-based online games available on the web today. Here are the pick of the bunch: 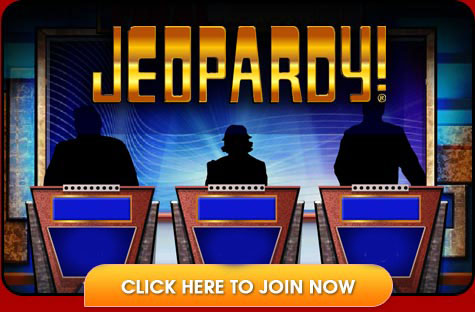 1. Deal or No Deal Instant Win

Based on the hugely popular box-based guessing game, Deal Or No Deal Instant Win works in much the same way as a scratchcard. As with the TV show, you have 22 numbered boxes to work with, each containing different amounts of prize money.

However, the twist here is that some boxes contain the same amount, so, for example, if you want to win the top £25,000 prize, you have to open five boxes with that amount inside. The grey boxes show you how many boxes in a row you need to win.

2. Who Wants To Be A Millionaire?

A huge hit on TV screens around the world, this is one of the greatest shows of its genre ever. The online game pretty much follows the same format, with the same chance to test your knowledge and win a big cash prize if you get all your questions correct. If you play who wants to be a millionaire, you get to play at a much quicker pace but with the same level of tension and skill.

You wouldn’t think that this classic sci-fi series would spawn a game, but it has! To play the online Star Trek game, you have 30 win lines to work with. After clicking the ‘Line Bet’ button and ‘+’ and ‘-‘ buttons to alter the size of your stake, you’re ready to start. There’s also an Autospin option.

A game based on a news programme might sound strange, but it’s there and it’s a lot of fun to play. Basically, it works like a general knowledge quiz, with progressive prizes for each correct answer. However, you have to beat the clock to win.

The weakest Link game is based on the stern general knowledge quiz hosted by so-called ‘Queen of Mean’ Anne Robinson. It rewards knowledge and comes with added tension as with each round, your time to answer each question becomes shorter.